The Derby Arena has been fitted with nine Fireray 5000 advanced infra-red beam smoke detectors as part of its fire protection system. The arena is a new multi-sports complex currently under construction by Derby City Council and scheduled for completion in early 2015.

“Optical beam smoke detectors provide wide area detection and are used when it is impractical, inappropriate or not cost effective to use traditional point-type detectors,” comments FFE’s Technical Director Jon Ben. “They are ideally suited to large arenas with high ceilings, such as the Derby Arena, as they enable coverage of a large area at minimal cost.

“The Fireray 5000 in particular excels at detecting smoke over large areas in wide indoor spaces: the infra-red beam of a single detector spans up to 100m. With automatic motorised alignment and a low level controller for easy commissioning and maintenance, the Fireray 5000 makes smoke detection in large spaces much easier and more effective than it might be with using other technologies,” added Jon.

The £27.5 million Derby Arena will contain Britain’s fifth 250-metre indoor cycle track and the fourth in the UK capable of holding international standard track racing. The track will be raised to allow access to an indoor sports hall the size of 12 badminton courts, suitable for activities such as badminton, basketball, netball, football and volleyball. There will also be a cafe, fitness gym, group exercise studios and a spinning studio. View a video of the arena being constructed here.

Do you have an interesting project with Fireray or Talentum detection? Contact us at marketing@ffeus.com and we can help write and publicise it. 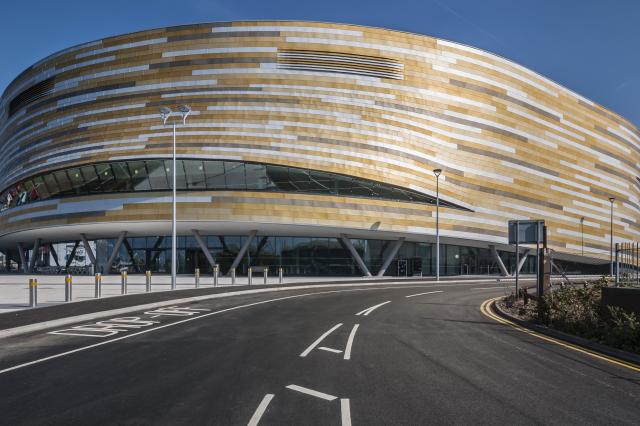 Talk to an expert

Complete the form below and one of our technical experts will get in touch with you.